The title of this post, a malapropism by an old buddy of mine many years ago, has now strangely become a reality. 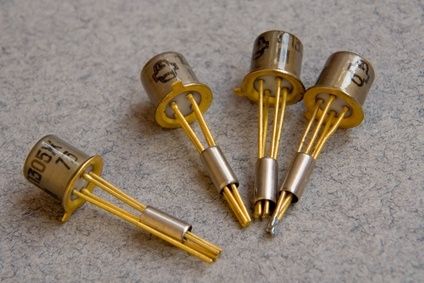 Little switching devices (ie transistors) like the ones on the left, millions of which are embedded in all computer chips, have now flooded the world like the great deluge in the time of Noah. They have changed more of the world more rapidly than any previous man made phenomena ever did in history. The Ark of course, was the sanctuary for humanity, fauna and most likely the flora of the earth at that time, to save them from drowning. 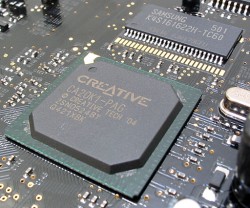 This tiny chip (left) has 51 million transistors in it!

I have long thought that we need a sanctuary from the ill effects of all this deluge of technology that is changing people’s behaviour in the most dramatic ways. So what is this sanctuary?

Despite its plusses, much technology is destructive and one of the most pernicious and invisible technologies is what enables the surveillance society, the all-seeing eye of the state which has left great tranches of the population, knowingly or unknowingly in a state of fear and without computer technology this would not exist. Everyday the NSA in the USA logs billions of email and phone communications for its own nefarious ends, thanks to these trillions of little transistors which have now populated the planet in every electronic device.

A few weeks ago Glen Greenwald, an eloquent anti-surveillance activist blogged in the London Guardian about the misdemeanours of General Pitraeus, the ex- general and CIA director in waiting (no more) and how it was a demonstration of how the surveillance society, if left to get bigger and bigger would finally eat itself. Read his blog and see the video of himself as he unravels the way it all works.  http://www.guardian.co.uk/commentisfree/2012/nov/13/petraeus-surveillance-state-fbi

My interest in this is not as an activist, as Greenwald is doing that pretty well, but in finding a religious perspective, because this is always the missing component in any public discourse like this. Fear is a well understood human emotion and one which has its uses and its pitfalls. Without it we would do the most stupid things like walk off cliffs or stick live electric cables in our mouths putting ourselves in mortal danger. But irrational fear has taken hold of populations at different times and is well known and well documented. My late father-in-law was one of the people who on hearing the radio broadcast in 1938 of Orson Wells’ The War of the Worlds, headed as fast as he could out of New York City in his car. It’s called mass hysteria and it is real.

I know quite a few people whose lives are currently and very topically ruled by fears of the apocalypse due tomorrow (at the time of writing) and there are great tranches of the public as well,  some who I know personally, who drone on about it continually. All this seems to fit into a mindset of general conspiracy theories about reptiles who rule the earth and so on. A familiar and well populated territory. It seems to dovetail into a general avoidance of a kind of responsibility for their own lives and a failure to face up to problems that the end of the world or the coming Messiah will conveniently extirpate!

But when confronted directly with this I have a standard response:

When a man asked the noble Prophet of God “when is the Hour?”, he replied, “what have you prepared for it?” Wise words. The Prophet did not speculate about when or how or why. I just wonder if this apocalypse syndrome is a deep attachment to a world which is for each of us slipping away regardless of a coming apocalypse. Each of our lives, after all, has a determined span and we all have our own personal end awaiting us, the end of a transitory and now ever transistory world.

One of the spin-offs of this digital transistorised universe is the all-seeing eye of CCTV which is an interesting metaphor for an all-seeing and cognisant God who has no need of cameras and sees far deeper than peoples’ outward forms. Greenwald’s observations were that even if you have nothing to hide, the mere presence of cameras changes your behaviour and impedes your freedom which I believe is true. But there is another side to this. Forget the cameras, imagine that an unimaginable power has surveillance over your innermost thoughts and impulses. For sure that’s going to change your behaviour. And maybe for the good. Many of course would dismiss this notion but the same people will believe passionately that they are monitored excessively by an all-seeing but unseen government/corporate duopoly.

Interestingly there are several well known and recommended formulae from the Blessed Quran which are generally for protection but which are to do with vision and God’s power to contain all vision. In other words what is seen by human eyes is only what God permits to be seen. As I said before, this vision is more than the physical eye can perceive – it is a perception of all that is known. This kind of response for me is the only sanctuary I know against the technological flood under which humanity is currently drowning and the fears it inevitably creates in the hearts of men.

see www.cwdm-portfolio.com
View all posts by Ian Whiteman →
This entry was posted in language, miscellaneous, religion, Uncategorized. Bookmark the permalink.