Now out of print. See announcement on this blog of new revised edition to be published November 1 2022 by Quilliam Press 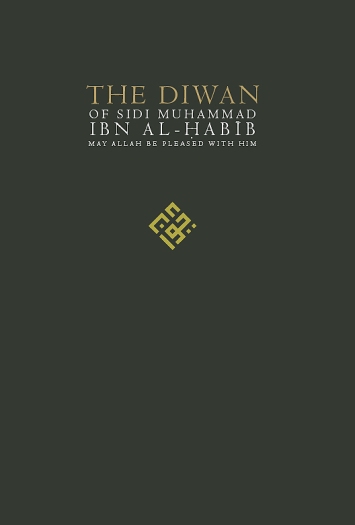 Photo below of the maqam of Sidi Muhammad ibn Al Habib in Meknes, Morocco. (Courtesy of Peter Sanders.) 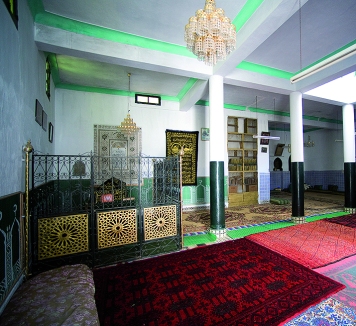 The first translation of this Diwan into English was by British translator Humphrey Davies in 1971 and a few years later a more complete translation was made by American translator Aisha Bewley. No other translations have been published till now. New translations of any Arabic works of importance are always welcome, including of course the Qur’an itself for those whom Arabic is difficult of access. A new English text helps to give perspective and a fresh mind to translated ideas that can become jaded or taken for granted over time. It is also an opportunity to correct any errors or omissions.
•
Of course the translator becomes a means, a filter, through which the meanings have to percolate and it all rests on firstly the depth of understanding of the Arabic by the translator; secondly his or her grasp of the English language and thirdly a deep and practised understanding of the subject matter. Of course mistakes can be made and translators will disagree with one another but Arabic poetry is not easy and a choice of translations can only help.
•
Singing these poems is another aspect of this remarkable book. The very fact that this knowledge is approached by singing is an indication that it is something special and not just poetry. This Diwan is sung in Morocco in traditional ways that have come down over centuries in the Andalusian tradition but simplified for use by ordinary people. However in Algeria for example, they will use many local tunes as well, appropriate to the verse metre.
•

Recognising the difficulty westerners have reading Arabic, each verse has been translated into English along with the Arabic in transliterated form. The task of translation of this Diwan has continued on and off for over six years and this edition is quite long at 280 pp, being three times its size had it been in one language. Only the most commonly sung poems were included to limit its size. Left out were the very long hafiza, the commentaries and other poems rarely sung. A sample page is shown here to illustrate its use of Arabic, its translation and transliteration. It has been designed for practical use with qasidas all numbered and listed in a table of contents. 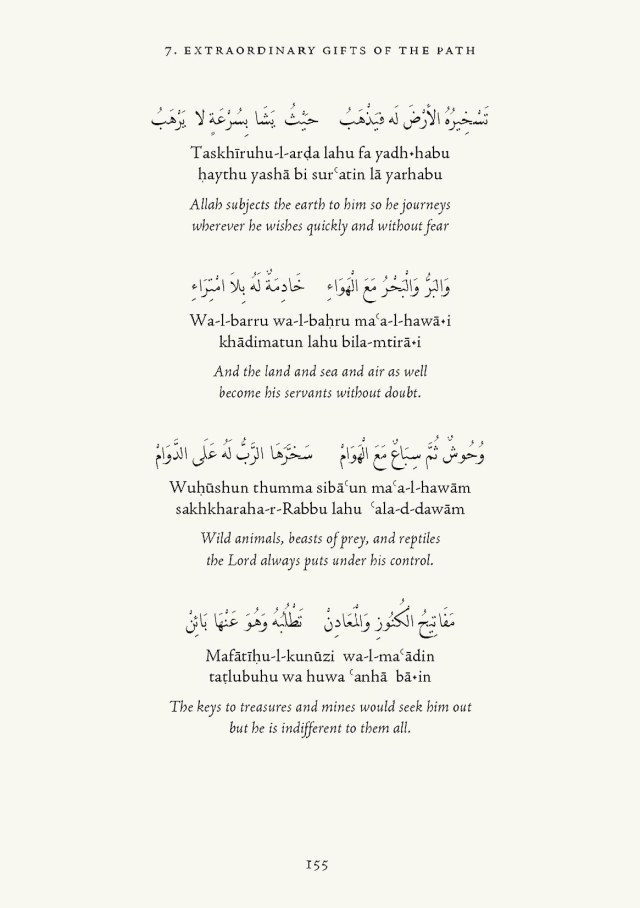