The Art of Art

In the aftermath of Steve Jobs’ passing various snippets about his life became public or better known to the public. Whilst being beatified as a genius by some and demonised as a monster by others there were certain sentiments which emerged which struck a chord with me. Notably some themes from his speech to the assembled graduates of Stanford University in CA some years back (above). He said that he dropped out of university but then dropped back in …to what? A calligraphy and lettering class. Now that makes a lot of sense to me as I have always believed this to be a foundational skill that has been forgotten by recent generations. No wonder it inspired him. In his speech he also urged the students passionately to pursue their inner voice,  to pursue what they loved. To do things with love. That also struck a chord which I will come to later. Also he mentioned death which is also indicative of a kind of realism that came into his life after he was diagnosed with cancer. Interestingly Jobs’ birth name was Abdul Lateef Jandali having a Syrian father, Abdul Fatah Jandali, who was from a notable sharif family from Damascus.

When I was awaiting to go to London many years ago, aged 18 to Architectural School, I wrote in my best italic handwriting on crisp white laid paper, to an architect in Cambridge named Christophe Grillet asking for a holiday job. His ex wife lived in my town and birthplace, Saffron Walden, which is all but 15 miles south of Cambridge and suggested I try for a job. Even the hand addressed envelope was a work of art. I was very pleased to be accepted. He said it was my good handwriting that got me the job. I don’t think my current scrawl would do the same, though if put to the test I could still manage a mean italic script but only done very slowly. Good calligraphers write skilfully and quickly and it’s a marvellous skill which all should attempt.

When I finally got to the Architectural Association School in London, which was the Mecca of Modernism in 1963 and still is, our very first project was unexpectedly on Roman lettering. Whether they still teach this I don’t know but the teachers (practising architects) were obviously fully aware that inbuilt into Roman lettering is a sense of scale, proportion, beauty, tradition, language, culture and so on and to master it is no mean feat but it grants the student an intuitive sense of design and is a good starting point for an architectural education.

I believe that Jobs’s introduction to typography began in those lettering classes and it infused all his life’s work. It granted him a meticulous and fanatic eye for detail and perfection inside and outside his computer products. I know people who work in Apple and some complain of the corporate climate but you have to admit the company understands marketing deeply and how to make people value their gadgets and to spend a lot of money on them. But as well as the slick marketing it’s the typography that is always so well considered – if a bit cold and clinical. But always exactly right. 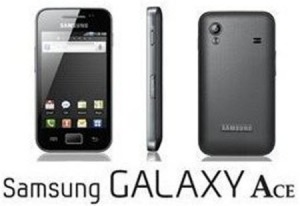 Compare this to some of the Asian giants like Samsung who have really aped the Apple orchard in so many ways. I recently got a new phone, a Samsung Galaxy Ace, as my Vodafone points got me it for virtually nothing. It’s an imitation iPhone without doubt, same size colour, weight. It’s not bad as imitations go but from the very beginning before it’s out of the box you know that its no Apple product. The print of the word ‘Ace’ is so unutterably bad typographically that you just wonder what surprises the phone within holds for you. The Android operating system is Google’s so it is pretty good and preferred by some but in no way as sveldt as Apple’s multimillion selling offering. Typography sits right at the heart of all design projects but the corporate moguls for whom these projects are just money spinning schemes are mostly unaware of the fact – unlike Steve Jobs. Forgive me if I seem, like Steve, a little obsessive about this subject but typographers usually are. You have to be obsessive as the details really matter. The black tea shirted Apple sinyasins who work in the Apple stores, and who appear in their marketing videos, rightly scare some people. There is a cultish quality to it, but this is what love and devotion does to people. In the Jobsian quest for perfection even he must have realised at some point that nothing he  could make could be totally perfect. We can only aim for perfection.

This brings me to his other comment about love of what you do. Periodically I have given short courses on calligraphy, to wit Andalusian arabic calligraphy, which for me (as with all good arabic calligraphy) is the core of much of my own work. Ibn Khaldun wrote that the Andalusians valued penmanship higher than many other disciplines. On these courses, strangely but predictably I would be always asked the question: what is Islamic Art? I get stumped by this question as in some ways it is quite inane.  What is Islamic anything? I don’t think it’s a question anyone asked themselves in history because they didn’t look at the world like that. Any religious person, Jew, Christian or Muslim or whatever, lives his or her life and does whatever they do to earn a crust and more than likely enjoys what they do whether it is making shoes, painting walls, planting carrots, designing buildings, teaching children, you name it, but not with this self conscious idea that what they were doing was Christian or Hindu or Muslim. Most creative people borrow ideas from all over the place. The difference is not the label but whether it is done with love, as this is what comes out in the wash, so to speak. The artifact, the child, the calligraphy, the song, the speech, the book, the curry, the home grown potatoes …. all resonate with what was put into them. If it was love it will be clear, as the human heart responds intuitively to it.

Dr. Mesaru Emotu, the Japanese scientist, demonstrated conclusively that our energies affect water crystals instaneously. So then how about everything else? Doesn’t love, one of the strongest of human emotions, affect everything? Doesn’t love make the world go round?  Charles Dickens wrote that in the 1800s and nothing has changed and the world is still going round.

(PS Apparently the adjective Islam-ic wasn’t used in arabic in the premodern world. Some kind of fragmentation has taken place in which we stand outside everything looking at an idea rather than being it, worried about all these issues. We’ve become tourists looking on, overly concerned with identities and labels. It’s as if the language has become debased along with everything else. I’d be interested in any further light that could be thrown in this as I am no arabist.)

see www.cwdm-portfolio.com
View all posts by Ian Whiteman →
This entry was posted in miscellaneous, typography / design. Bookmark the permalink.

2 Responses to The Art of Art