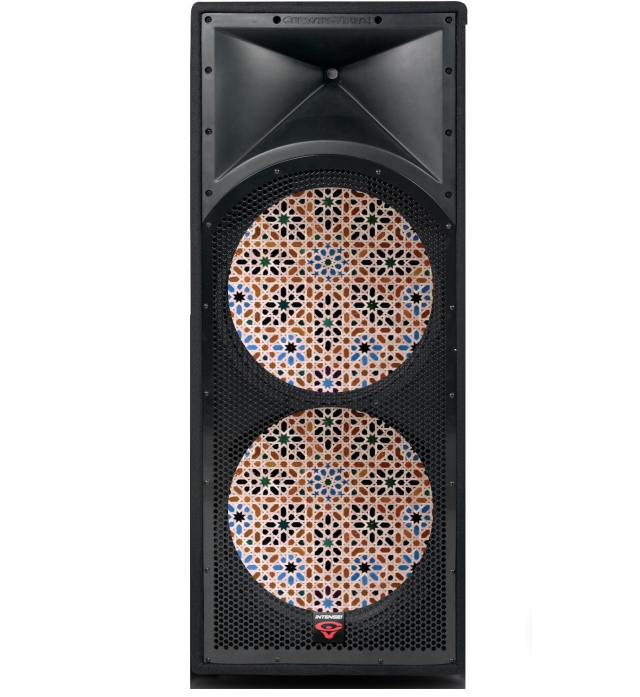 Heterophony and Polyphony (and the loss of it.)

The wholesale and loving embrace by Morocco of the amplified musical event has shattered my illusion that Morocco was a place which understood its traditions. Clearly not. That said, it hasn’t actually lessened the actual content of what they sing. Morocco still has some of the best Andalusi singers you will find anywhere whose knowledge of the subject is oceanic and unassailable. But at the point of delivery, where the singing meets its public, whether private or public, the singing is being severely undermined by big black deafening loudspeakers. And I detest them. But the Moroccans, especially the singers, seem to love them.

Heterophony and polyphony are technical terms relating to multiple sung voices.
1. Heterephony describes a single-note many threaded tune with slight natural pitch variations between individual voices, giving choral singing its unique and rich uplifting and meshed quality. This particularly related to Andalusi singing which is essentially one single note tune with slight individual variations
2. Polyphony places each voice in a 3D space so the listener perceives a multi sourced spatial sound. As with any choir.

The human heart, which is the true sensor of any thing conscious, absorbs all this and drowns in the beauty of sound and singing especially. It elevates and expands the heart. A precious and subtle experience. And what do microphones and amplifiers do to this?  Flatten it, homogenise it, and kill it stone dead. And my dear Moroccans are deaf to this phenomenon it seems and given the high volumes they tolerate they might become actually deaf, if they aren’t careful. Furthermore the microphone becomes a vain plaything to toy with as they sing their solos. Like Tom Jones singing in a Las Vegas casino.

Maybe it’s a sign that the world is just becoming noisier that people have to make yet more noise to be heard over the din. I make no apologies for having loved amplified music, instruments, recorded high fidelity sound and also all the explorations into synthetic music that we loved in the 1960s, 70s and 80s. It did seem that it was all going somewhere artistically. But we did have a subtle appreciation of it. But we wanted HiFi, not distorted sheets of sound. But I’m a little tired of amplification now and prefer these days to indulge myself in the subtle acoustic qualities of the human voice, natural instruments, natural room acoustics, the sound of the natural world and so on – if I can find it.

The way technology has impinged on humans has been a slow burn. With the industrial revolution the effects of technology were brutal, clumsy and absolute, like heavy industry which reshaped and polluted towns and cities in Northern Europe and the growth of railways in the 1800s, which marched across hitherto untouched landscapes, spreading industry everywhere. Culminating sadly in the first tragic industrial world wars of the 20th century crowned by the atomic bombs on Nagasaki and Hiroshima in 1945 a few months after I was born.

The intrusion of technology into the home has also been a slow burn. In the 1950s we didn’t have refrigerators and in my family’s house the first washing machine didn’t appear till 1956. And there was no hifi audio then. In fact our only record player was a red wind-up 78rpm gramophone, an HMV, exactly like the one illustrated above. Fridges and washing machines were useful appliances but the corrosive effect of communications technology on families and society could not have been foreseen and subtly seeped its way into our consciousness. Television particularly was the harbinger of the dumbed down society, the powers that be opting to use it to sell stuff to the masses rather than to educate or illuminate. The non-commercial BBC in the UK was a kind of rearguard action that preserved some higher aspirations, but even that is now severely under threat. It is as if the commercial transaction of selling and buying stuff is now the arbiter and sacrament of everything and that the idea of a social good has been abandoned. Welcome to capitalism.

This principle has percolated now down to the internet and interpersonal communications and is challenging the way people behave in a fundamental way. Is it normal that people are glued to a smart phone everywhere they go? In bed, in the street, even while they eat. (I’ve done all these things, by the way) Many of us are aware of this, yet we blithely continue on with our lives with a shrug.

The masses are unaware of what is happening to them as it’s so vast and all-encompassing. OK, we have to accept life as it is and computers are very useful but in the long run we will have to train ourselves to limit their use or else there will be hell to pay, quite literally. Many corporations now severely limit the use of mobile devices, understanding that for certain things they are unproductive and ultimately counterproductive. Proving that people will submit to anything if it affects the bottom line. There has to be a reaction sooner or later. Could this happen in Morocco? Not for a long time.

3 Responses to Heterophony and Polyphony